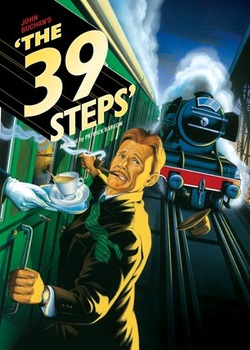 'The 39 Steps'
Adapted By Patrick Barlow. From the novel by John Buchan. From the movie of Alfred Hitchcock
Licensed by ITV Global Entertainment Limited and an original concept by Simon Corble and Nobby Dimon
“The 39 Steps” is presented by special arrangement with SAMUEL FRENCH, INC.
In partnership with the City of Gaithersburg.

Mix a Hitchcock masterpiece with a juicy spy novel, add a dash of Monty Python and you have the intriguing, thrilling, riotous and unmissable comedy. The show hurtles a notorious fugitive and a spellbound blonde from a London music hall north by northwest to Scotland’s most remote highlands. Will they save Britain from a den of devious spies? A cast of 4 plays over 150 characters in this fast-paced tale of an ordinary man on an extraordinarily entertaining adventure. The 39 Steps contains every single legendary scene from the award-winning movie — including the chase on the Flying Scotsman, the escape on the Forth Bridge, the first theatrical bi-plane crash ever staged and the sensational death-defying finale in the London Palladium

For more information on this production, please click here. 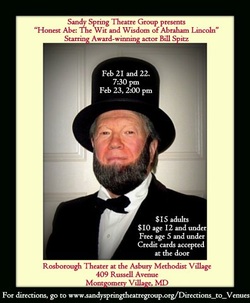 Script by Bill Spitz based on writings of President Lincoln

Bill Spitz returns in his one-man play about our 16th president.  Honest Abe is a funny, provocative, and insightful view of the man who did the impossible: he restored a nation. 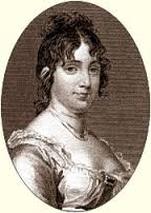 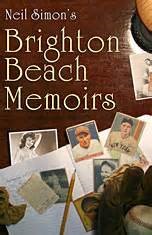