Added bonus: A very special guest from the North Pole will read the classic holiday story, “The Night Before Christmas,” and provide a special holiday treat for kids of all ages. 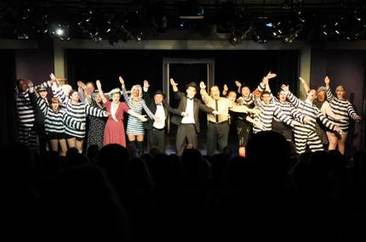 The Producers
In partnership with Arts on the Green, Sandy Spring Theatre Group presents "The Producers", a Tony-Award winning Broadway musical by Mel Brooks.

The Producers tells the story of Max Bialystock, a down-on-his-luck Broadway producer, and his mild-mannered accountant, Leo Bloom, as they scheme to produce the most notorious flop in history, thus conning their backers out of millions of dollars. Complications arise when the show unexpectedly becomes a smash hit. At the core of this insanely funny adventure is a poignant emotional journey of two very different men who become friends.